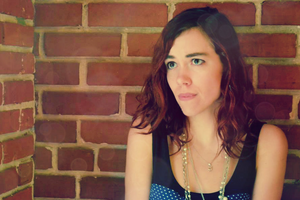 SsVivid is a roleplayer who started during Runescape Classic and began In-Game Runescape Roleplay in Summer 2011. Before joining, she had experience with roleplay on forum-based websites away from Runescape and primarily used the game for questing. When her quest list ran low, however, she needed another story-based part of the game to hold her attention, and so she turned to this community.

SsVivid is known among friends for illustrating facial portraits of Roleplaying characters. This started as an absent-minded doodling project between class lectures, and grew into a full-scale series that attracted peer attention. The first several were done with prismacolor pencils in a sketchbook, but since then it has evolved into a glossier medium, photoshop painting. For information about getting one for yourself, see this blog.

In order to illustrate others' characters, she asks the user to find a photograph of a model's face who closely resembles his/her idea of the character. By taking this as a guide and working with external details like hair style, eye color, and indentifying marks (like scars), she produces the most accurate rendition possible.

These are currently my main characters. If a character is in this section, I am either already involved with playing her in a group, proactively looking for a group to enroll her in, or actively using her in public freelance.

Asurja Val
Add a photo to this gallery

These are my secondary characters. If a character is in this section, that means that I hope to play her again in the future, but I am neither actively playing her nor am I currently looking for a use for her. 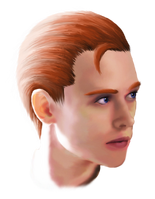 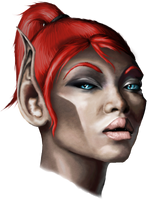 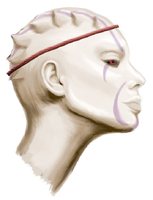 Sifiye Al Gazzar
Add a photo to this gallery

This section is for characters who have not died, but who have been decidedly removed from roleplay. Characters marked as "permanently retired" will not be brought back into play. Characters simply marked as "retired" should not be expected to play again, but may come out of retirement should there be a specific need or family revival.

Deceased Characters are characters who have passed away in roleplay and who I have no intention of playing again in any form. 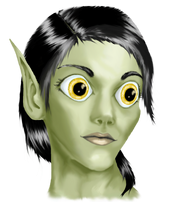 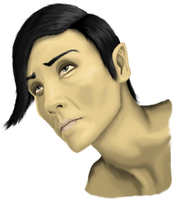 Nox Fumus
Add a photo to this gallery

Retrieved from "https://rsroleplay.fandom.com/wiki/User:SsVivid?oldid=152034"
Community content is available under CC-BY-SA unless otherwise noted.

Ranked #4
on this wiki