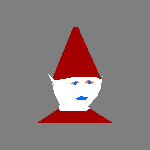 An aberration of the Anima Mundi sealed in three sacred clay masks.

A warlock and pirate.

One of Drok's divergent personalities that manifested as a shadow spirit.

An artisan who was tired of the living conditions in Keldagrim East and left to become a member of the Fremennik.

A firemaker who works for the Metal-Knights.

Drok's brother, a general officer of New Yok who is missing in action.

A druid dedicated to preserving nature.

A division leader of the Metal-Amalgamation responsible for the exploration of distant planes.

A revolutionary engineer and the Metal-Knights' leader.

A mogre who fishes for the biggest catches.

One of Drok's divergent personalities that manifested as an earth spirit.

An eastern scholar who works for the Metal-Knights.

The Black Hand of Yokrad

One of Drok's divergent personalities that manifested as a nature spirit.

A World Lost to Shadow

Retrieved from "https://rsroleplay.fandom.com/wiki/User:Naudez?oldid=160615"
Community content is available under CC-BY-SA unless otherwise noted.