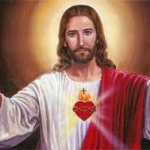 Well for a start I'm Livviy, or Livvi or Livs or Livia. I began forum roleplaying when I was twelve and I advanced onto World 42 when I was thirteen after me and my friend decided to try it out.

I am seventeen years old, and I go to a Sixth form college in the magical area known as Northern England. I am very interested in the Political system, as I take political and social sciences at my college for my a levels. After spending two years hiding from it, I finally tried political roleplay in 2014 and found it enjoyable so I spend most of my time in that field. I am hoping to advance into University in two years to study Politics at a degree level along with Security and International relation studies. I also enjoy gaming quite obviously, and have taken up gaming on my computer. I like Fantasy games, quite obviously along with the more gritty type of games. I also write, I actually write in most of my free time at school these days, I am hoping to gain an AS level in English Language during my time in Sixth Form also. I am a Shakespeare fan, and a George R.R Martin fan due to the styles of plot the writers choose.

My Skype name is: xxlivviyxx

My Runescape name is: Livvi

Retrieved from "https://rsroleplay.fandom.com/wiki/User:Livviy?oldid=155643"
Community content is available under CC-BY-SA unless otherwise noted.