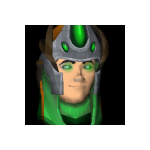 Hi I am The Adventurers, I am a role-playing on world 42, as well as a Privet rper. This little information is also a quick link to my Characters.

Mark is one of the early members of The Godless and one of the trusted members. He used be a Guthixian, and a druid, until Guthix death, he help find the Godless Faction, hoping it would help defend the world against the Gods.

Gl'akk Tsutsaroth Graffle is a Greater Demon, a huge demonic monstrosity that was once a follower of Zamorak. Graffle is one of the strongest of his kind, and shockingly, one the most calmest of the members. Like all Demons, he is from the Infernal Dimensions. He is a member of the Godless.

Amelia Pond Is a former Saradominst, and was white knight woman who attended in the Battle of Lumbridge. Once it was over, she aligned herself to The Godless.

Ralphamic is a Godless Mahjarrat who has been alive during his arrival in the second age. He is a powerful Mahjarrat, but also calm. His goal is to be powerful enough to lead his race to avoid the war the two between the two main religions; Zamorakian and Zarosian.

Gwernfyl is an Elven born in the end of the fourth age, She is played by Adventurers. This Character is made after his wife, who given him information on the race she wanted and abilities.

Fairy Elena is fairy, who not only works for the fairies to maintain balance but also is aligned to the Godless, wanting to keep the world Guthix created safe from the gods. The character is played by Adventurers

Retrieved from "https://rsroleplay.fandom.com/wiki/User:Kinglink15?oldid=151235"
Community content is available under CC-BY-SA unless otherwise noted.