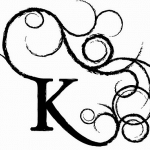 Hello and welcome to my user page. My in-game name was Kalitu, but because of a permanent mute now I'm using the account Kalitu III. Since this is my user page, I will use this space to write some information people might wish to know.

I support NPC leaders. There was a time once when I firmly supported player rulers, but my opinion has changed with experience and I believe a shift toward NPC's would be beneficial toward the community. I realize that the POC is deeply entrenched into our history and our unique culture, but the POC has since its genesis served as a way to claw into power, and in the process one brings others down so that they may rise. And as is often seen, the only POC rulers are those who have ruled before; players who have not yet ruled a city are often driven from it, as they are an interloper in a very closed clique.

POC's are, to all intents and purposes, identical. They do not offer anything special or unique that their cousin POC's do not. In every instance there are the same roles and the same niches to be filled, essentially just creating clones differing only in location. We have here an abundant supply of POC's and as a result of this, a strict lack of demand for them or the RP they produce.

And as our system currently stands, new role-players need to learn our very elaborate system of rulers and existing kingdoms, going back almost five whole years to the age of Russia and his Zamorakian empire, just to get involved and a sense of what's going on. To know more about the land they live in they often need to delve into history of the current character sitting on the throne, which is truthfully nothing but fanfiction which serves no purpose other than to glorify the character. Glory in and of itself is nothing a bad thing if it is rightfully earned, but I have often observed that the King/Queen often performs some outstanding and amazing feat - but only so that they may appear outstanding and amazing to others and thus lesson the chance of revolution in their kingdom.

The rulers of these delicate and intricately woven groups and governments are better off NPC's. Lorewise it appears these current POC's should exist only within the realm of sandbox, as they belong to more of the 'fanfiction' label since they so heavily divert from the tangent path of lore.

Perhaps it might be rude or self-righteous to say it but I believe POC's are a selfish thing. We have so many amazing storylines within Runescape, such as the vanishment of King Vallance of Asgarnia and his son, Prince Anlaf, being not trusting or supportive of both the White and Black Knights, as well as King Lathas making pacts with dark elves to conquer the lands north of him, and finally Misthalin trying to stymie the threats of both the Wilderness and Morytania.

There is years of storybuilding and quests here, but some people prefer to simply do away with it entirely and replace themselves as the center of the story. Whether they do this because they believe their stories and plots are better or if they do it because they like being the center of attention, I do not know. But what I do know is that it detracts from the general sense of the game. I've seen POC's modelled so closely to Game of Thrones/A Song of Ice & Fire/Skyrim that sometimes it doesn't feel like I'm playing Runescape at all.

It quite honestly frustrates me to see people so adamantly defending the POC when the POC has done nothing but created grudges, rage/despair, and actual cyber-bullying. Yes, it might supply RP, but more often than not this is limited to only the top tier members of the clan - the statesmen. In recent times, most POC's on 42 are struggling to remain active and healthy. I think now is a perfect time to go back to the loreful roots of Runescape and reinstitute NPCs into power. NPCs are done on literally every other role-playing game simply because they work. I know they would work fabulously here and I hope to see them in the near future.

I believe more characters should be Saradominist. Saradominism as it (lorefully) currently is, is one of the most popular religions on mainland Gielinor and certainly the most popular among humans. Yet I see it scorned and scoffed at the most out of all religions. Whether people do not like being normal and wish to be special or unique by having a hidden, ancient, religion I do not know. But I see that Saradominism is for some reason or another, getting more heat than it should. When I see people call Saradomin a war-monger or a warlord, I think they're doing something that's called an out-of-character meta-game. They've taken information from out-of-character, such as Saradomin's naragi war, and know about it in-character - despite the fact is was over twelve thousand years prior to the current time in Gielinor and on an entirely separate realm.

Another belief of mine is normalcy. I do not like the use of custom lore brought into the realm of public role-play (in private role-plays this is fine, but you really can't take something you thought of among a group of friends and bring it into public and expect it to be widely-known and acknowledged), special-snowflakes, and extreme lore-bends. Humans should stay at the level of ingenuity as they have been shown to exemplify in lore. This means iron-clad ships, gnome-gliders, dwarf-cannons, and other special technology not utilized by humans within lore should not be utilized by them now. Icyene should remain Saradominist, not Armadylean or Zamorakian; Garlandia is a very special case and is the only Godless icyene known.

I would love to see more peaceful and creative (taking something from another game/book/universe and "modifying" it to "fit in" to Runescape lore is NOT creative!) characters. Combat-oriented soldiers or military-esque characters are very common within the world of 42 and they can grow to become a very stale sight rather quickly. Aristocrats and noble families/characters are also too routine and typical. Ordinary and conventional civilians are almost nonexistent, which I find to be a great loss to our community. If you have a civilian, feel free to message me any time!

The killing of characters is a very big thing in 42. I personally find it selfish to kill off another player's character without their consent and I believe it embodies child-like maturity to go around murdering characters for fun. To this end, I strong disagree with randoming. In all my years of role-playing, I have never killed an actual character. But I also realize there are times where a death sentence is unavoidable and must be handed out; certain scenarios and situations demand this. So while I am not 100% against character deaths, I am however 100% against randoming, OOC based/motivated murders, and killing characters without their consent when it can be given.

Categorized by state of usage; listed in no particular order. 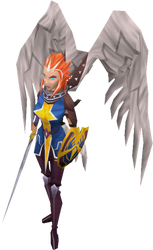 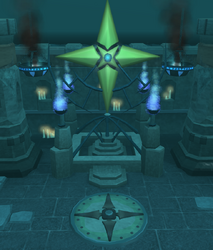 An altar to Saradomin located in the Temple of Lost Ancients. 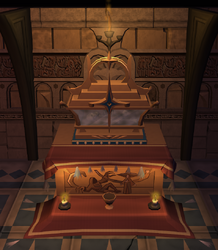 The reliquary of St. Elspeth containing her remains.

The spiritual manifestation of St. Elspeth.

A Saradominist priest from the Third Age. Notice the lack of robes. 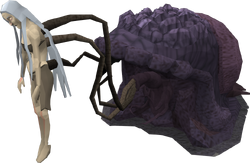 Mother Mallum, also known as Mahey'ish Medron in an ancient Saradominist language. During the time when she tried to conquer Gielinor, Mallum became the bane of the Temple Knights. Her host body is a woman named Lucy, who she kidnapped when Lucy was a child. She was used as a translator for many years, until her body became an almost lifeless husk.
Add a photo to this gallery 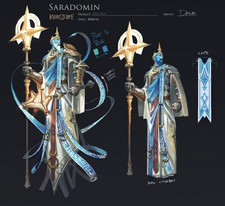 Concept art of Saradomin, featuring him aged and youthful. 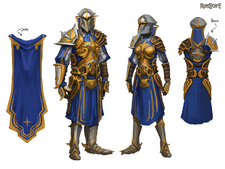 Concept art for Saradominst war-priest armor released during the Battle of Lumbridge. 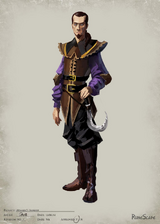 Concept art of the upgraded druids Pikkupstix, Jatix, and Sanfrew. Notice the variations of trim and accessories, but the outfits stay mostly uniform. 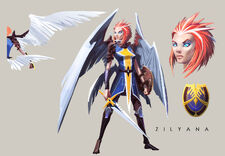 The upgraded model of Commander Zilyana, whose in-game image can be seen above. My favorite NPC.
Add a photo to this gallery
Retrieved from "https://rsroleplay.fandom.com/wiki/User:Kalitu?oldid=119407"
Community content is available under CC-BY-SA unless otherwise noted.