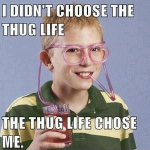 What up, My name is Jamie and I'm a semi-old time roleplayer. I've taken a short break from community roleplay for awhile but now i'm back! For those of you who don't know me here is a bit of info.

My first true roleplay experience was a clan called Cauldron Clan, there I first started to learn the true ropes of roleplaying. However instead of in-game roleplay, they more often than not practiced the use of clan chat roleplay which is the most hardcore extremist version of descriptive textplay roleplaying there is. This is also where the start of my most used and well known character today was first introduced. At this point in time he was known as Kaboto Leafgrinder. Not long after this I mastered Woodcutting.

Several months passed and the clans Kobalos was in changed between the leaving of friends and returning. Joining several clans of Jay Torwolf, then going back to Cauldron, eventually I founded a new clan with my closest friends at the time, World 42 Honor, but it too did not last. Eventually I found myself alone with only my friend Hawkoz, this was around near the start of the first world event. It was also around this time that I discovered there was actually a community of roleplayers. Where as before I thought that we were the only ones with the exception of a few other small clans because I never bothered to look on the forums, I deemed them "To complicating". After discovering the existence of a community I met Dion Magnan, and after the end of the first world event Kaboto joined his clan. It was also around this time I changed my main account to the username to "Kobalos " where it remains still today.

Since the characters creation, I went from someone who boycotted PVP integrated mini-games to an avid supporter and participator of the sport of PVP. I believe that I had finally gotten so good that I could beat anybody and would openly challenge people to fights. Even though I didn't have max combat states or the latest high level gear I still pumbled most of the people I fought using my EoC skills. My ego got so high that after several months of being in That Saradomin Group, near the time when the second world event came around a force had struck W42 that caused nearly the entire community to cry out in pain. A clan, the Zamorakian Brigade, threatened to destroy the ways of the community and and made everyone cringe at their OP trolling skills. As well as their patrolling of the wilderness and pking rolepayers. They claimed they were unopposed, so my ego drove me to be the one person out of the entire community to stand up and say "I will fight you." As a result, I was kicked from TSG. I mastered Attack around this time.

It had gotten so bad to the point roleplayers were reaching out to the Jagex mods wanted them to change the way world 42 worked. And the admins at Jagex HQ where actually responding. They had launched a poll for roleplayers to vote on, which included: Reduced/No xp gain on w42. No PvP. Safe Wilderness, reduced NPC count. Etc. I had come to call w42 my home and didn't like this idea at all because I used w42 for everything. So I fought the Zamorakian Brigade on several levels, and defeated them with the aid of some PKer friends. But then the day after I was kicked from TSG the second world event launched. I took the side of Bandos, and began leading an army there.

No longer bound to TSG, Kobalos was finally free to launch his own religion and I help found a new clan, Grómhold. I quickly gained followers and people who wanted to fight for the cause of Bandos during the war and formed "Kobalos' Army." Who I used as a duel purpose force to finish off the Brigade in another battle. Then I fought their leader personally and won, sending their trolling behavior out the door, and they too, eventually left w42. I was dubbed "The Hero of W42", and with the threat gone, people stopped complaining, and the poll to change was eventually removed. It was around this time I was the most popular and when my name was known by everyone who payed at least a little attention to the world around them. If they didn't remember me for fighting the force, they remember me for my contribution during the second world event and the havoc I caused.

After the war I continued to have my own clan of Grómhold and began attempting to develop my religion and my city. From the popularity I gained several influential positions throughout the community, I finally gained a real name for myself. I also continued my PVP training, and truly did become the strongest in combat both game PVP wise as well as rp wise on W42. Kobalos even became royalty of Falador, and for a period of time Kobalosianism was the cites official religion.

All good things must come to an end

I finally left the clan of Grómhold after the clan had become inactive, but I kept the city of Grómhold. Then for 1 week some crazy stuff happened, and then I rejoined TSG. I then proceeded to stay with TSG up until the very end of 2014, letting my fame and title in the community slip away. I'm time scaling through a large period of time now over several months. I mainly only had things within the clan going on but nothing of global importance. Other than me digging even further into my PVPing, finally mastering Strength, Defense, and HP.

After TSG to late present

After I left TSG I really sank from the community by a significant amount. Joining various different clans wondering around not knowing what to do before going onto the wiki and finding my current clan. Apocolypse Slayers. I began to miss roleplay and started trying to get back into the community but I've found it quite difficult.  I ended up mastering 10 skills. Attack, Strength, Defence, Hp, Magic, Ranged, Slayer, Firemaking, Woodcutting and Cooking. And eventually took my retirement in October of 2015. 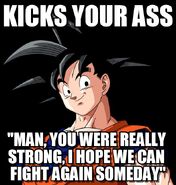 Pizzacat-meme.jpeg
57363450.jpeg
Add a photo to this gallery

Copy and paste the link below into skype and then click on it to join my skype group.

Facebook: Kaboto Leafgrinder [1](Its all public, so just type in the name and it should come up.)

Retrieved from "https://rsroleplay.fandom.com/wiki/User:Kaboto_Leafgrinder?oldid=153982"
Community content is available under CC-BY-SA unless otherwise noted.