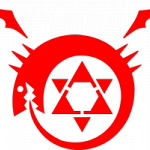 Hello viewers of my profile!

My /current/ Runescape display name is Zrie, however this is likely to change. Anyway, my name is Shepard, and I'm an alcoholic (a joke). No I'm not, I'm a role-player on Runescape, who makes his home on world forty-two. I've been playing Runescape for over seven years now, role-playing for about the last six months of that time. I currently only have one character named Ronan Gilde.

Before turning to role-playing, the majority of my time playing Runescape was holding administrative roles in clans that had mild role-playing elements (P.O.C.s). I started role-playing late in August 2012, after my long term home, The Grand Kingdom, collapsed following a change in leadership and catastrophic inactivity on the part of many members.

The 2012-2013 school year put a strain on my schedule so I have just recently returned to RuneScape. I plan to get back into role-playing with a new character in this upcoming week. It would be interesting to be a follower of Sliske...

I'm back! Over the next few days I'll be working on my Ronan Gilde page (rereading it as well so I can remember my IC thoughts). I will also be starting another page for my new character!

I'm back again. I have decided to move my developed characters into the inactive session for two reasons: (1) they are boring and rofly, and (2) I don't really remember much about them (why? see 1).

Retrieved from "https://rsroleplay.fandom.com/wiki/User:Cross_X?oldid=129332"
Community content is available under CC-BY-SA unless otherwise noted.