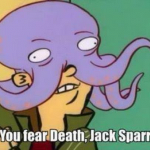 Hi! I am BaldorGreyfur, a RolePlayer on W42. I am mainly known for my namesake character, Baldor Greyfur. He has had many accomplishments, such as the slaying of Dagannoth Rex, Becoming a Grandmaster of the Academy of Heroes, among other things. I now play the character Taldor Greyfur after the final death of Baldor. I am under the username Baldor.

(Knocking) Do you wanna be a Beardlord? And ride our yaks around the world! I think some battle-time is overdue! I've started talking to The muscles on my arms, (Hang in there, Phil!) It gets a little boring. All these untouched foes,

Baldor: (Knocking) Gonad!? Gonad, I know you're in there, People are asking where you've been. They say "Wheres Gonad?", and I'm trying to find you. I'm waiting out here for you, now let me in. We dont have much time now. It's time to fight. The battle is here for you.

Do you wanna be a Beard- Hrah!? Forgot did Baldor... At Fancy Tournament is Gonad! Back to Training Baldor Goes!

Parody of "Do you wanna build a snowman" Sung By Kristen Bell, and seen in Disney's Frozen. Lyrics altered by me for comedic purposes only, ect...ect...

Retrieved from "https://rsroleplay.fandom.com/wiki/User:BaldorGreyfur?oldid=149582"
Community content is available under CC-BY-SA unless otherwise noted.