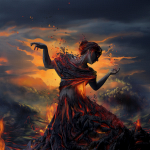 4,369 Edits since joining this wiki
April 9, 2012
73 Discussion posts
I am Claire, your goddess of lore. I write when I feel like it, the results vary. My in-game name is "Lore Goddess".

Most(all) of these are name generators, because I need those, badly.

Seventh Sanctum, a useful site for creating names and plots. It has distinct benefits for story writers.

This is every character I can think of that I've ever played. I've forgot a lot of them. Some of these are from private roleplays. There are dozens of others that I either had no application for or simply don't remember. This list does not include the twelve or so I made after I stopped updating it.

My name is Claire, as you read above and I hate talking about myself.

I am a fanatical lover of stories, particularly high fantasy and sci-fi(and wish it was easier to bridge the gap) and will devote most of my time playing a game learning it's story, or if it doesn't have one, creating my own(I have this amazing story about Minecraft...). I generally obsess over this for the duration of the time I play a game, which can be a while, I'm a bit of a completion.

I enjoy making odd connections from stories to real world things(such as mithril and titanium), most kinds of music(When I roleplay, I usually listen to nightcore. Don't judge me.), cooking(I will not make you a sammich), and trying to write stories(I have some on blogs here on the wiki). I have something of a fascination with demons, though not in a typical way. It's hard to describe.

I have for many years passively been creating a fantasy world in my head. I once tried to get some roleplayers to help me refine the idea, but you can guess how that went. I used to be an admin on this wiki. When I left I asked to be removed from the list.

If you see a page on the wiki that could use any of these pictures, feel free to make use of them.

A statue and altar to Apmeken, a desert goddess.

A statue and altar to Scabaras, a desert god.

A portal Sliske has opened to the Shadow Realm under the Morytanian Barrows.

A forge located in the Ancient Cavern. at this location the Necrosyrtes, a group within the Dragonkin could forge dragon metal.

The Elder Kiln's only ornamented section. Also functioning as the only exit. 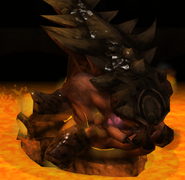 The massive Har-Aken, an obsidian kraken found in the Elder Kiln.

Elder Goddesses creating a world. From left to right: Jas, Ful, and unknown. 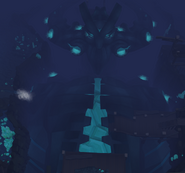 The body the Ascended are making. This is taken from as high as possible. It's huge.

The epitomous sword located in the Wilderness. 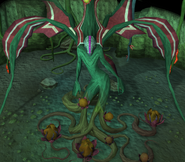 The Jadinko Queen, found below the Jade Vine on Karamja.

A Ramokee Skinweaver located in the Polypore Dungeon. Her skin is the color of a normal Gorajo, unlike other examples of Ramokee. 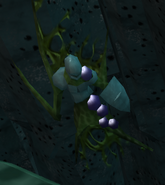 A human warrior infected by fungus found in the Polypore Dungeon.

A plant located in Daemonheim with interesting luminescent qualities. 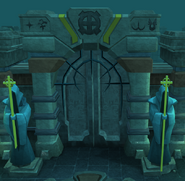 The door to the Ancient Prison in the Temple of the Lost Ancients. 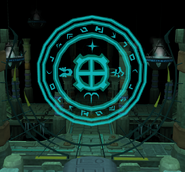 The seal in the Ancient Prison containing Nex and her lieutenants.

A view from above of the prison. 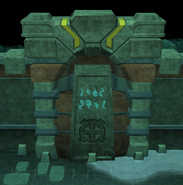 One of three monoliths located in the prison, this one opposite the seal. 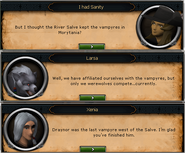 Why Vampyres shouldn't be west of the Salve.

A brief introduction to Sacred Clay.

Auras and Scrimshaws are functionally identical.

It's not the system, it's the users that make it work. Stop being greedy, people.

The Ramokee Skinweaver describing a temporary portal rift, possibly a result of the damage to the World Gate.

Vorago explaining itself and the Maul of Omens. This shows that you never fight Vorago itself, just stone it has animated.

Some theories the Vampyres have as to the origins of the Blisterwood Tree.
Add a photo to this gallery
Retrieved from "https://rsroleplay.fandom.com/wiki/User:Alchimous?oldid=131114"
Community content is available under CC-BY-SA unless otherwise noted.