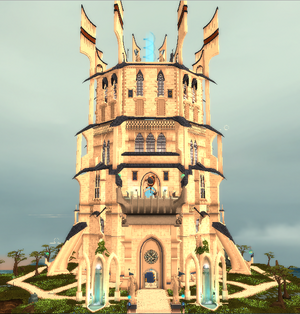 The Wizards' Tower is one of the most iconic magical locations within Gielinor. It is well known for housing a multitude of magical orders throughout the ages and surviving several magical wars.

This section focuses purely on the In-Character history of the location. For a precise account of JaGex's history for the Tower, please see the relevant article on the RuneScape Wiki.

The Order of Wizards

The Order of Four

The Tower of Tesla Aren

Retrieved from "https://rsroleplay.fandom.com/wiki/The_Wizard%27s_Tower?oldid=160397"
Community content is available under CC-BY-SA unless otherwise noted.