The Celestials are a sub-clan of the Moonclan that formed several years after V left Gielinor at the end of the 3rd Age. The clan consists of the three founding families and one loosely related fourth family. Originally created to help humanity develop after the God Wars, the Celestials have within the last century become isolationists, staying on Lunar Isle and nearby islands.

The current Chief of the Celestials is Oili Druidia.

The Australis - “To serve with wisdom.”

The Australis family was founded based on the idea humanity grow stronger through innovation and education. Mages born into the Australis tend to become scholars, oneiromancers, enchanters and inventors. The family is the only known member of the celestials to attempt contact and integration with the outside world, having created a colony within Asgarnia and serving the then royal family, House Grey. The Australis are infamous for their alleged rebellion against their Asgarnian allies and liege lords, House Renderra, after a disagreement the family heads Celeste and Ihza Australis and Lady Thalia Renderra.  Currently Ihza Australis serves as the Head of the family.

The Borealis – “To serve with power.”

Founded on the concept of protecting humanity, the Borealis train their children form a young age to be able to protect themselves and others. Members of this family fought on the front lines during the Moonclan – Fremennik wars and have suffered many casualties. Currently the family is the smallest of the Celestials and hold little political sway within the clan during these peaceful times and the only members of the Celestials to be a patriarchy.

The Druidia – “To serve with love.”

The third member of the Celestials consists of farmers and healers. The family’s motto reflects the founder’s ideology of helping humanity grow through nurturing each other and the environment around them. Currently the Duridia are the largest family within the Celestials with most generations having at least ten children. Unlike their cousins the Australis and Borealis, the Druidia are a matriarchy. Oili Durida served as the current Matriarch.

The unofficial fourth member of the Celestials are the Tuski-ko. Founded by the exiled Celeste Australis, the family was created as a modernised version of the Celestials. Members of the Tuski-ko consist of other exiled members of the Moonclan, Sirens and Wushakan Humans. The family focuses on helping mortals who are affected by the Gods, their followers or by supernatural forces. They are currently lead by Celeste Tuski-ko and her husband Shōichi the Seasinger. 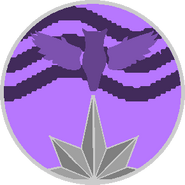 The Family Crest of the Australis. It features the Trollweiss Horned Owl. 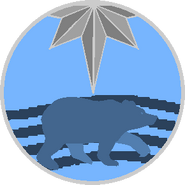 The Family Crest of the Borealis. It features the Kandar Black Bear. 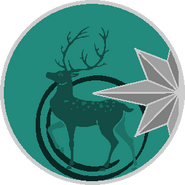 The Family Crest of the Druidia. It features the Asgarnian Spotted Stag 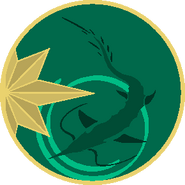 The Family Crest of the Tuski-ko. It features Okeanós, a Sea Monster.
Add a photo to this gallery

Retrieved from "https://rsroleplay.fandom.com/wiki/The_Celestials?oldid=155828"
Community content is available under CC-BY-SA unless otherwise noted.