Spidoodle is a common field mouse that was chosen by Nathaniel Grace (though to others he is known as the Mahjarrat, Marethyu), for the purpose of companionship and deception. His opinions and vision differs from that of his owner, as Spidoodle favours his own ideals and religion. He is, however, a loyal informant of Nathaniel, and continuously spies on his enemies (and sometimes allies) for information.

Our story begins with the birth of a young mouse to Tips and Molly Mouse. Of course, in the mouse world known as Wheat Field, all of the mice families had the surname Mouse. Spidoodle was no exception to his eight brothers and four sisters born before him, though he was always a touch more cunning. When he came of age, his parents named him a wheat gatherer of the main family, responsible for bringing back food for the Wheat Field kingdom. With this, his life was spent as a normal mouse, gathering by day, often by night, and evading the average Zamorakian hawk flying about from time to time. Never believing it would change, for he never knew that there was anything better to be had at all, little Spidoodle became a drone of the mouse world. That world, however, would change on the fateful night when the great big boot came crashing down...

The overly-determined human was tromping through the Draynor wheat field, marching his way towards the manor to meet with a most peculiar associate when this occurred. As to avoid speculation, for Nathaniel was rather known for his political campaign at this point in time, the Misthalin noble used the field for cover in the dead of night. The business he was currently involved in could not be considering strictly legal, and it might tarnish his career forever more if someone were to discover his allegiance. Lord Grace continued his trek in a dazed manner, only awoken from it when tiny squeaks and cries erupted in mid step. Peering to the ground and waving his hand to summon a bit of light, he revealed a tiny field mouse, now with a broken leg as a product of his own unwary stomp. As the little thing wouldn't stop squeaking, the noble plucked him up and sealed him into a quiet pack, exiting the field as quickly as possible.

I'm sure we all recall this point in time. Spidoodle's job, in this particular case, was to gather up as much wheat as he could carry during the daylight, bring it back to the storage pile, and repeat said action until he'd cleaned the current patch dry. Simple and repetitive, it completely summarizes the life of the average field mouse.

Once Nathaniel had grown fond enough of Spidoodle, as he'd chosen to heal the mouse's wound and take it as a pet, the Mahjarrat revealed its nature to the creature after giving it the surname Von Marquais. Together, they created (and still share) a bond in which they can understand and commicate with one another fluently. Soon, Lord Grace introduced Spidoodle to an entirely new world by teaching him how to navigate using the camouflage skills he'd prior applied in his first career. Now that the field mouse was trained, he was ready to be put to good use as an informant. Whenever the Mahjarrat needed to acquire information, he teleported the little spy into the area where it was being deposited, and then Spidoodle would collect.

Ever since Spidoodle became an accomplice of his Mahjarrat master, he gained a certain elation from danger. Setting out to acquire as many thrills as he could, a double life began to take place on the side of his work-life. He was the mouse responsible for destroying a sewage pipe in one of the Rat Pits, foiling a secret, cat-directed plot to overthrow the citizens of Varrock. As this was his first daring feat on his own, it appears it was also the mission that drew the eye of Doctor Muddles, the sole cat in-charge of the underground operation of CAT (Cats Against Two-legs). Doctor Muddles became the sworn nemesis of Spidoodle, and to this very day plots his vengance from the underbelly of Ardougne, surrounded by his elite, feline guard. 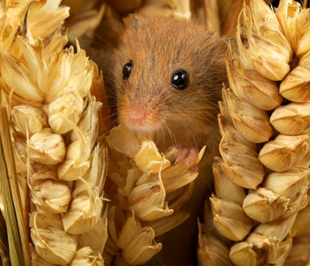 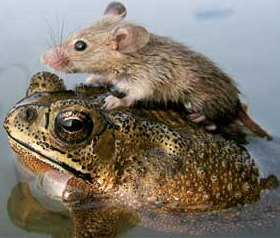 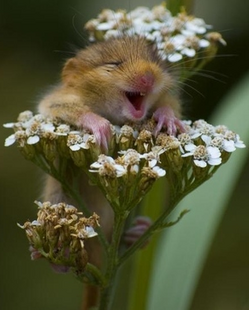 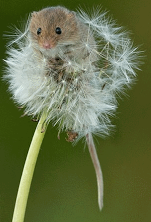 Spidoodle spies on the Mahjarrat Kemses, searching for undiscovered talent
Add a photo to this gallery

Retrieved from "https://rsroleplay.fandom.com/wiki/Spidoodle_the_Field_Mouse?oldid=68712"
Community content is available under CC-BY-SA unless otherwise noted.