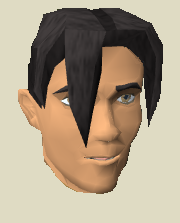 Sir Evan Dunegun is a White Knight of Falador. He is one of the Partisans in the White Knight section led by Sir Bool and Sir Vye Ver.

Evan Dunegun was born in Rellekka but traveled around with his family for most of his life. His family taught him basic survival and combat throughout his whole life. During 160, His family begun to fall apart with the death of his father who passed away on their journey toward Lumbridge. After this Evan split away from his family and made his journey toward Varrock to start his own journey into his life. he got to varrock in the year 161 and stayed there for 3 years , Evan would do simple work like with helping with the farmers and many other odd jobs to save money to head toward Falador.

When he joined the White Knights, Evan Dunegun had joined like any other squire. He had trained under the direction of Sir Brynden. After finishing his last week,Evan had finally rose to the rank of initate. After this promotion Sir Dunegun moved through the ranks quickly as he showed his loyalty, courage, and bravery in training sessions and on the field of battle. When reaching the rank of Partisan, Dunegun was asked to join the Knights of the Round Table.

Retrieved from "https://rsroleplay.fandom.com/wiki/Sir_Evan_Dunegun?oldid=88573"
Community content is available under CC-BY-SA unless otherwise noted.