Start a Wiki
The Misthalin Yakuza is a group of organized crime members that smuggle items into Misthalin, they are not widely known due to the group disbanding after a mass shoot out in Varrock which left many dead, the Misthalin Yakuza was later revived decades later by the infamous Al Birgtinham.

History of the Yakuza

The Misthalin Yakuza was founded in year 70 of the 5th Age by Zhong, a man from the Eastern Lands. Zhong's Yakuza was a major success in the slums of Varrock. Zhong's mob wrecked havoc, striking fear into the hearts of the Varrock Guards. The Yakuza smuggled in goods from all of Gielinor, the Yakuza's influence spread towards other villages in Misthalin on a smaller scale.

Twenty years after the birth of the Misthalin Yakuza, Zhong's son, Tai came to Misthalin. Tai soon rose up through the ranks until he became second in command of his father's Yakuza. Tai had many followers and was admired by many in the Yakuza, which led him to believe that he was the rightful heir. One night, Tai with six other members of the Yakuza attempted to murder Zhong, they were unsuccessful due to overwelming numbers of Zhong's personal bodyguards. Tai, along with eighty seven men left the Misthalin Yakuza and created the Tai Yakuza. The Misthalin Yakuza outnumbered Tai's members with almost hundred more men, however Zhong lost a great number of high ranking members. The first shoot out took place at Varrock Square where ten of Zhong's Yakuza members faced off against two dozen Tai Yakuza men. All of ten members of the Misthalin Yakuza were dead within an hour, leaving little losses for Tai's men. Another shoot out took place three days after, Zhong took his revenge by sending thirty three of his best men to drive Tai's Yakuza out of Varrock, they were unsuccessful and forced to retreat with no losses. Another shoot out took place in western Varrock where five of Zhong's men attempted to assassinate Tai's second in command, they were successful. Shoot outs like these were becoming a common sight in Varrock, often leaving civilians dead. The King grew tired and sent in an elite force of the Palace Guard to put an end to both Yakuzas.

The Palace Guard were ordered to destroy Tai's Yakuza first, a dozen of their best men marched through Varrock. The Misthalin Yakuza assaulted them first, bombarding them with arrows, Tai's Yakuza followed the retreating guard members and slaughtered them. Both Yakuza leaders formed a pact and merged, creating the Tai-Zhong Yakuza. The Guard were sent again, only to be defeated once more. The King grew restless and began hiring rogue mercenaries all around Misthalin to capture Tai and Zhong. But the Yakuza was too strong and powerful, each mercenary was slaughtered and their headless bodies were sent to the King, as a warning. One day, fourty eight guards barged through the Yakuza headquarters and began a mass shoot out, killing many members of the Yakuza, Zhong and his men escaped to Varrock Square only to be ambushed by the Palace Guard. Zhong, along with sixty two men were left dead that day. Tai, enraged by his father's death began assaulting and killing any Varrock Guard on sight, in response, the Palace Guard managed to capture Tai. Tai was executed that evening. On year 94 of the Fifth Age, the Yakuza members were left leaderless. Many attempted to elect a new leader but were eventually killed without Zhong and Tai's wise advice. The Misthalin Yakuza was dead

Fifty six years later, the drug lord, Bang revived the Misthalin Yakuza. This is the story of when Al Birgtinham joined the Yakuza. Bang was not well liked, he got the Yakuza in debt and was eventually killed by his own henchmen.

Zhong.jpg
An artist's interpretation of Zhong.

The handsome and infamous Tai, traitor and friend of the Yakuza.
Zhong's Men.jpg
Zhong and his men's final stand at Varrock Square.

The Yakuza members prepare themselves for a battle they cannot win.
Excatroz Escape.jpg
The escape of Excatroz marked the revival of the Yakuza. 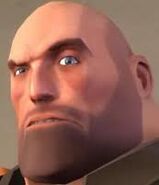 This is Mitch.
Add a photo to this gallery

Retrieved from "https://rsroleplay.fandom.com/wiki/Misthalin_Yakuza?oldid=150289"
Community content is available under CC-BY-SA unless otherwise noted.