Marius was born to Rowl Enzo and Eleanor Daire in a small Misthalite village, called Riverend by its residents. Marius was the eldest child and had no siblings until he was four, when his only brother was born. Marius hated his life as a farmer, and wished to become a knight. Marius was apprenticed to the local blacksmith at age thirteen and made a sword for himself in secret. He began training with the sword he made and practiced his skills. When Marius was eighteen he was heading back to the forge with collected firewood he saw a large amount of smoke rising over his village. He dropped the bundle of firewood he was carrying and promptly returned to his family’s farm to gather his equipment from it’s hiding place. He got his equipment, his sword and basic chainmail, and ran to the village. He found his family running from a shop and all the villagers fleeing. At first he saw no source, but then spotted the bandits rushing into the village with torches and spears. At the head of the bandits, their leader held his sword high and bellowed a challenge to the villagers, daring someone to answer. None did, for a moment, but then Marius charged the leader. His sword lodged in the bandit’s wooden shield on with his first swing and left him weaponless. Without a weapon, he was forced to avoid attack, but the bandit was also forced to discard his shield. Marius tricked the bandit and recovered his ruined sword. Then he through the Bandit’s shield and it hit him in the temple, killing him instantly. The other bandits came down on Marius, attempting to kill the poorly armed youth, but he grabbed the bandit leader’s sword and ran.

Marius fled to Lumbridge, and stayed there for four years. While there he worked as a blacksmith and was a part time member of the local militia. He helped defend the city from several raids by goblins and bandits alike. During this time, Marius managed to gather a small amount wealth from his business as a blacksmith. He managed to expand his business and hired two assistants from among the city’s boys. Enough wealth was accumulated from being a blacksmith to fund Marius’ later ventures. Marius used some of this money to pay for relocation to Ardougne, where he changed his trade.

In Ardougne, Marius became a mercenary. He started working alone, but soon founded a small guild of mercenaries in Ardougne. The guild was not well known in the area, but often got business from outer Kandarin territories. They often were hired by traveling merchants who traded goods through Ardougne. From this business, Marius was able to make a small fortune, money he would later use to establish the basis of his army. Marius’ life in Ardougne provided him with more wealth, combat and leadership experience, but was not overly eventful. When news reached Marius of the Worshippers’ invasion of Varrock, he immediately packed up his belongings and returned home.

Marius and a few others formed the Misthalite Union to fight the Worshipper threat. Among them were Callum Vous, Reeve Corviser, and Duncan Kenton. The Union grew quickly and began fighting the Worshippers on a small scale. Marius corresponded with Kandarin military commanders concerning Union movements, and secured their support when they attacked Draynor. Marius himself was not present at the battle, being busy on his way to Kandarin by ship. Marius returned and led the Union in multiple small raids. With Cruor pulling out of the north, Marius quickly led his forces and seized Edgeville. Marius had the Union workers strengthen the town’s defenses and it quickly turned into a highly fortified town. Marius led the Union force on its way to Lumbridge, and then commanded it to be split, with the larger portion going south into the swamps to sneak around and leading the smaller party to Lumbridge himself as a distraction force. Marius’ force waited for the signal from the men in the south, but it never came, as the swamp party’s leader, a man who went by “Shadow”, chose to lead his forces straight against the Blackmarch’s force in the swamp. Shadows forces lost the battle, but he killed the Promethean. Without any survivors from the swamp battle, Marius was forced to call off the attack. Shortly afterwards, Marius friend Axaraes obtained the throne of Falador. Marius attended his coronation and signed Edgeville off as an official state under Asgarnia’s protection. Axeraes, however, quickly lost the throne, but Edgeville’s status stayed. During this time, Marius sent a small party to capture and hold the bridge over the Lum and take the champion’s guild. The party was successful, but they were attacked in the battle for Lum-Bridge. The Union forces hiding in the former guild survived while the other combatants fought to death outside. After the battle, Marius went to the former guild himself and oversaw its fortification. He later returned to Edgeville after posting a larger force. Marius got news of a fight between the Coalition and Worshippers, where a Coalition device had flooded Lumbridge. Marius was enraged by the carelessness of Magus, the Coalition’s leader, and cut political ties with the other faction. Marius was present with a small force, checking on a Union bunker west of Lumbridge when another fight broke out and the water receded. He watched as Coalition landers attempted to unload in the half-flooded castle without success. For the first time, Marius saw the Worshipper’s flaw, they were not as capable fighters in confined combat, whereas his own soldiers could fight anywhere flexibly. As the war began to close, Marius and the Union joined the Allied Asgarnian forces. However, the ceasefire put an end to Marius’ plans to come down upon the Worshippers.

Marius’ lack of permission to attack was solved when the Worshippers retreated of their own accord and left their lands in the rule of a human queen, Katrina Lansing. As soon as Marius recieved news of these events he went to Katrina and pledged his land and loyalty to her.

With Misthalin united and majorly unthreatened, Marius found himself with more time to himself than before. He repaired his estate south of Varrock and returned to he site of his old village. In the ruins of the village, he found a graveyard. Each grave had a marker, and he found his parents'. The grave he did not find was the one he looked most carefully for, his brother Croften's. Before leaving, Marius went to the area where the bandits had attacked from. There he found an old fort, still filled with bandits. Marius and the small party travelling with him sacked the fort and slew the bandits. While searching the fort he came across a series of letters sent between his father and the bandits' leader. The letters detailed the plans they had made for his father to help in the attack in exchange fort a fraction of the profit and his farm left alone. Marius had known of his father's shady business before, but this outraged him. He hated his father for what he had done, and all the deaths he brought upon them, but could not feel satisfaction at the thought of the bandits' treacherous action of killing his father, despite their deal. Marius lit the palisade fort and let the evidence of his father's actions and the bandits' bodies be part of the blaze. With the knowledge of his father's actions, Marius began using his mother's maiden name.

Marius has medium length hair that would be described as jet black. He is a little above average height and is well muscled, but not bulky. To many his eyes seem to be able to delve into one's soul due to the fact that while the rest of his face has a friendly appearance, his eyes are set in a serious manner at all times. When fighting, Marius usually wears his well forged steel armor. He keeps it well polished and it usually gleams when light comes upon it. He keeps his sword in a sheath slung over his back instead of a traditional scabbard for ease during a sudden opening strike. When in casual dress Marius usually wears a rough wool shirt and breeches made of the same material. When he is in a potentially hostile ara he wears plated leather. Marius' formal attire usually consists of a black silken tunic.

Marius is light-hearted and forgiving. Between this and his always seeing the good side in people can often lead him to being at weakness. However, Marius is highly concerned for his friends and followers and will do whatever he can to help them.

Rowl Enzo - Father A descendant of an Ardougnian merchant, who's remaining wealth he expended. He often resort to shadier sources of income, in addition to farming. Due to this and Marius' righteous values, they had a strained relationship. He was killed when Marius' village was attacked.

Eleanor Daire - Mother Eleanor was a native Misthalite. She married Rowl after he lied about his past and she was unaware of his darker side. She was kind to Marius and his brother, and did her best to take care of them, though she was often sickly. She was killed when Marius' village was attcked, but in life she had a good relationship with both her sons.

Croften Enzo - Younger brother (by four years) He was poorly treated by Rowl and had little friends, but got along well with Marius. The last time Marius saw him he was fleeing their village, and Marius has since hoped that he is still alive.

Duncan Kenton - Friend and Ally Known to some as "The Talon", Duncan is a native Misthalite and a close friend of Marius'. He was a member of the Misthalite Union and was appointed general temporarily when Marius was ill.

Callum Vous - Ally A snobbish nobleman, due to his personality, he and Marius opposed on many occasions, but Marius has trusted Callum to do what is necessary in the past. Marius gave him the task of taking Lumbridge from a political aspect, but the war ended before he completed the task. 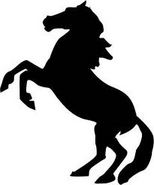 Marius' crest
Add a photo to this gallery
Retrieved from "https://rsroleplay.fandom.com/wiki/Marius_Daire?oldid=50186"
Community content is available under CC-BY-SA unless otherwise noted.