The Kingdom of Kandarin is the name of a governed body that existed in-character between the regins of King Greyson Val and King Rabican I of Ardougne. It was the official in-character political unit wherein an Ardougnian king presided over several cities and towns within geographic Kandarin, united by the fealty of governing lords to his throne.

The Kingdom once spanned most of the western continent and, at its hight of geographic power, controlled land from Yanille to as far as Lumbridge. It remains one of the largest nations to have existed in-character history. The kingdom broke apart in late 2013/early 2014, recognized as the later months of the 1st year of the 6th age.

On  June 18th, 2014, the city-state of Ardougne became the final Kandar territory to pledge vassalage to Godric Grey of Anglia. Godric then claimed the title of High King of Kandarin, restoring unity to the broken Kingdom of Kandarin under the Grey Dynasty, though in a vastly different form. Kandarin has no offical national representation other than the Emperor serving as High King.

The Kingdom of Kandarin would again lose it's unity within the generation, with Godric deposed following the Falador Crisis Event. As such, Kandarin once more ceased to be a legal and political entity.

In the aftermath of the Elven War in Ardougne, Augustus and Eleanor Dae have reunified Kandarin for the first time since its official end at the beginning of the 6th Age. This new chapter for Kandarin promises much of what the old Kandarin had, without the problems that plagued it in the past.

The head of the government was the head of state, almost always the monarch. The last monarch was King Rabicon I.

Towards the end of the kingdom's lifespan, the Royal Advisory Council oversaw the organs of government and assists in the crown's duties.

The Grey Restoration has created a kandarin vastly different than any previous iteration of the Kingdom. Kandarin is now a series of royal territories united under an Imperial monarch.

This second wave of Kandarin follows the original plan for Kandarin, but with two monarchs, and with Camelot existing with more freedom than any other nation under the King and Queen.

Though the kingdom often expanded and shrunk, the Duchies of Yanille and Camelot were the two most common government groups to be united under the kingdom. They controlled what was called the North and South Kandars. The Duchy system eventually grew to overtake the single King in Ardougne as territories ceded from the Leroux-ruled kingdom. This was replaced by autonomous kingdoms in their own right.

From the collaspe of the Kingdom of Kandarin, independant monarchs came to power in Camelot, Ardougne, and Yanille. Over time, through various family ties and strong alliances, Kandarin's Monarchs would eventually all rejoin under the Argrevian Empire and the now High King of Kandarin Godric Grey, reuniting much of Kandarin. Although this ended after the fall of Argrevia.

The Kingdom of Camelot

The City-State of Ardougne

The Kingdom of Kandarin's memory is not forgotten. Its name lives on in the game Star Trek Online. Members of the 26th Fleet roleplay commissioned the U.S.S. Kandarin, in honor of the amazing roleplay.

Also consider: History of Burthorpe for some sections. 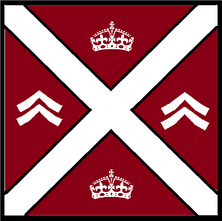 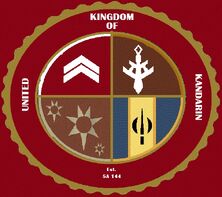 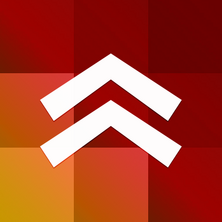 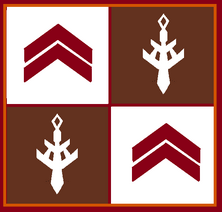 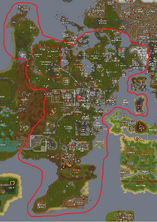 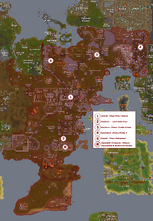 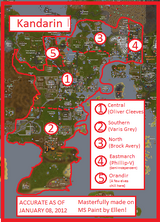 Add a photo to this gallery
Retrieved from "https://rsroleplay.fandom.com/wiki/Kingdom_of_Kandarin?oldid=159762"
Community content is available under CC-BY-SA unless otherwise noted.