The Immortues Order (also approximated in the common tongue as Immortulies or Immortuia) is an ancient cult of Necromancers that was established by the appointment of the Zarosian Senate in the Second Age. It has remained active after the fall of the Zarosian Empire and the Gileniorian God Wars until an internal conflict known as the Dark Schism lead to its collapse in Year 1 of the Sixth Age.

It is spiritually succeeded by the Mephiles Paradigm.

Following the Battle of Uzer, the Zarosian Senate saw a need to bolster the number of foot solders available to legates, enacting several proclamations such as conscription for convicted criminals, increasing military spending and extending existing conscription periods. Along with this, a proclamation was founded, granting the foundation of serval guilds and originations with the intent to research the arcane arts to support the army.

The Immortues Order was founded from this order. Fer' Ireth, a prominent necromancer from Kharyrll, bribed and carried favours for several senators to ensure he became Guild master. With a large earmark from the treasury, access to forbidden knowledge within the Senate Archives and 8 of the most prevailing Necromancers from across the empire, the order quickly gained power and influence during the height of the empire.

Fer’ Ireth however grew insatiable for more and more power, using his magic on himself and his fellow members as a substitute for nourishment or sleep. He intimidated and alienated his family and friends, along with intimidating senators to gain illegitimate access into the deepest depths of the senate archives, along with to subvert any investigations into their work by officials.

Sephirot, a lesser in the Immortues circle, had expressed concerns on Fer’s desire for more power over the undead, when they had failed to deliver any of their significate discoveries to the senate: this would eventually lead to his murder by Fer, arranged under the pretence of a rouge lich attack.

Eventually Fer betrayed his fellow members to gain their power by ensuring their power, minds and physical form into three powerful artefacts: A staff, amulet and cloak respectfully. The artefacts would grant him immense raw magical power, their collective knowledge and works on necromancy and protection from their destructive nature respectfully.

With the fall of Sentisten and the Empire, Fer was forced into hidden exile with the rest of the population, leaving behind the original Immortues Sanctuary and the majority of his works, wealth and resources, and to hide within the eastern lands. Fer remained here for the 3rd, 4th and the early 5th ages as a disembodied spirit, changing between hosts to continue his work. During this period, almost all knowledge of the order’s existence was erased, with any discoveries that where recovered instead being attributed to Zaros in general.

In the year 155 of the 5th Age, Fer’ Ireth relocated from the Eastern Lands to a hidden sanctum in the Ruins of Uzer to begin experiments in his way to “defeat death”: this resulted in the creation of Mephiles Sol and Ares Intempium. Mephiles would during this period be appointed as the Immortues Dux, leader of the amassed undead forces of the order, while Ares would be second-in-command and Fer’s “apprentice”.

During this period, Immortues would become targeted by Emperor Russia the First and his Guardians of Zamorak, The Saradominst-aligned Silver Temple and the Crux Equl as the order expanded its influence into the Kingdom of Kandarin with the acquisition of Lord Mox of Ardounge. His funds and influence would drive the restoration of the Tower of Life for the order. Old rivalries where exposed with the return of Firan Ireth, who almost destroyed the order from within.

Firan’s defeat however alerted the Zeiro family in the Eastern Lands, who had been hunting Fer for centuries. A devious trap was set, which separated Fer and Ares from their master, who then himself was ambushed and contained by powerful binding spells. Without Fer, Mephiles’ mind was free from control and rebelled against Ares, despite slowly dying.

Fer eventually tricked the Zeiro into releasing him, allowing him to snatch a new body and regain contact with Ares, who would help him recover his artefacts, along with creating a fourth one from slaughter Zeiro: a spellbook that would archive the recovered knowledge from the original sanctum.

When the duo returned to the west, they had discovered that Mephiles had reformed the majority of their forces and resources into the Mephiles Paradigm, now intent on destroying Fer and restoring the order to the original purpose it was created for by the Senate. Lord Mox also diverted his support to Mephiles.

Fall of the Original Immortues

The order, separated into two, began a long and bloody arms race to create a way of total victory over the other. Mephiles, with the assistance of the mummy known as Viza, infiltrated the Battle of Lumbridge and the Armadyl-Bandos Conflict to gather masses of Divine Power, creating the False Artefacts as a way to obtain godhood: the only way to overpower Fer’s own artefacts.

Fer instead focused on trying to complete his work of defeating death, by creating a substitute for Mephiles for his “final experiment”. This however proved to be his undoing, as while he continued to amass power and knowledge, could not recreate an equal to Mephiles: he concluded that Mephiles was unique due to an unknown factor outside his control, and had to require him through direct combat and submitting.

Eventualy the two forces collided on Freneskae, where Mephiles rushed to ascend to godhood. The majority of both sides forces, along with Viza, where slaughtered. The final, vicious battle saw Fer destroy Mephiles’ body, but ultimately failing to prevent his Ascension. Mephiles stuck down Fer with a single blow.

This left Ares as the sole remaining member of the original order, with an overall victory for the Mephiles Paradigm.

The original 8 members of Immortues, including Fer’ Ireth, where originally directly appointed by the Zarosian Senate, but since the fall of the empire, is solely up to the order’s Grandmaster, known as the Necrolord.

It appears since the appointment of the original eight members, all following members have been undead in some form and are appointed against their will, excluding Lord Mox of Ardounge.

Induction into the order is done though a binding ritual to the Grandmaster, which ensures total loyalty while the connection is viable. Members will co-habituate and are expected to be at full service to the grandmaster at all times.

Expulsion from the order is not technically possible, as often enough members are destroyed in service or “recycled” for experimentation. However, during the Dark Schism, members were deceived or willingly left for Mephiles’ Paradigm. 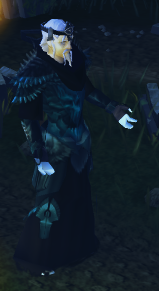 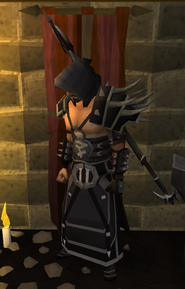 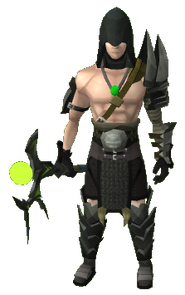 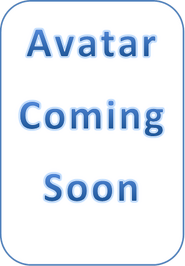 Sephirot, Founding Necromancer of Immortues.
Add a photo to this gallery

There is little hierarchy within Immortues: a single Necrolord rules over all, a circle of necromancers who conduct the operations and research and then legions of equally-ranked undead servants and solders.

Some special ranks however have been established during times of crisis to enable the survival of the order:

Immortues Dux: Roughtly translated as Undead General, the Dux was a title given to the commander of legions of Immortuae undead when Necromancers are absent or unavailable. Mephiles Sol was the most notable Dux in recent history. Apprentice: Also known as the Barronetus, the Appetence was the solemn chosen successor to the Necrolord in case of an untimely demise. Sephirot and Ares Interpum where both Apprentice to Fer’ Ireth at different points of the order’s history.

During the Second Era, the majority of Immortues influence was contained within the Holy City of Senntisten at the Immortues Sanctum: a secret temple contained in the south-west corner of was once the Temple District. During this period Immortues has access to great wealths of knowledge in the Senate archives, along with a large dividend from the treasury. It also had some political affluence over senators from several parties.

With the God Wars, Immortues influence was erased, and began afresh in the Ruins of Uzer at a secondary facity that was original served as a wartime bunker for Zarosian exiles. The local karidian emirate where controlled to gain access to some wealth again, but more for political protection.

Immortues gained the majority of their modern influence from the adoption of Lord Mox of Ardounge as a member during the reign of Emperor Russia the First, which allowed them to extract wealth from the human kingdom, major political power and control over the Tower of Life outside the city’s borders. This was majority preserved though the various administrations of Ardounge until the Dark Schism, when this was usurped by Mephiles’ Paradigm.

Following the order’s demise, the remainder of their assets where usurped by either the local government or the Paradigm.

Retrieved from "https://rsroleplay.fandom.com/wiki/Immortues?oldid=154210"
Community content is available under CC-BY-SA unless otherwise noted.