Harisa was born to a tanner's family, in Al Kharid. She was named Harisa because it meant 'Shining' in Kharidian. Her mother and father were renowned for their work, and could make very good armour. Harisa started out helping her mother tan the hides, and used to mix camel and ugthanki dung with water to make the tanning liquid. Harisa found this a boring life, stirring the horrid mixture every so often. When she was five, she asked her father if she could help him. He agreed, and showed her how to cut the hides into shapes for armour, then sew them up. She proved amazing at this, and worked for most of her childhood. At the age of eight, Harisa wandered oout of the shop to the oasis to fetch water for her mother, when she came across an old man asking for two camels. She pitied him, and reached into her pocket, giving all the money she had. He smiled at her, and beckoned her closer. I will show you my ways of life... he whispered in her ear. The old man, whose name was Deckali, then pulled out a nature rune slowly from his pocket, along with a mind rune, and gave them to Harisa. Then he picked up a ragged stone, and cut his hand, making himself bleed. Little girl, try and use those runes to heal this cut...Place them over my hand like this, and use your mind to think of this cut healing...Go on, try it... Harisa tried, and to her amazement, the runes melted into her hand and a green aura coverd the man's hand, the cut slowly healing up. Deckali smiled, and patted her hand. Come back tomorrow if you would like to learn more, little girl. Harisa smiled with glee, and ran back home to her parents, only to be sent upstairs with no supper as she had forgotten the water.

At the age of 17, after her healing mentor had died, and she went back to tanning with her parents, an epidemic was broken out onto Al Kharid. Harisa luckily didn't catch the plague, but her parents did. Harisa cared for them, until one day, Harisa came upstairs to wake her parents, only to find they didn't wake up. She had to burn the bodies in order to stop the bacteria from spreading around the house, finally spreading the ashes in the River Lum. Having nothing else in Kharidia, Harisa made her way to Varrock, 'The City Of Dreams'.

As Harisa walked through the many stalls, she came across a poster, saying The Romanis Travelling Troupe! Harisa saw the stage next to the poster, and saw two girls just like her, dancing to the beat of the drums. A man stepped up to Harisa and smiled.

"I could do with a girl like you...How about working for me with the girls, 10 gold pieces a day?" Harisa's jaw dropped at the price, and nodded instantly, They stepped into the troupe's carriage and set off for Falador, without a word. Men cheered her and threw money everywhere she went, but behind the scenes, Harisa was subject to traumatic abuse by her ringmaster, who beat her violently every time she didn't earn enough.

After 9 years of well-paid dancing and abuse, Harisa finally had the courage to get up in the middle of the night, grab all her money and her set of dancing clothes, and leave. She stopped at Catherby and met a wealthy merchant by the name of Jamblen Mehjit, who took her in and fed her. They became great friends, and one night, on the Catherby pier, he confessed love for her. She smiled, and kissed him. A few months later, they wed, and a few months after that, they had their first and only daughter, Shekmet Mehjit. Two years later, Harisa had her first son, Setmon. They lived a happy life in Catherby, Shekmet taking on the looks of her mother and Setmon taking on the looks of his father.

In the year 169, after her husband having an affair, Harisa made a desicion. She would leave her 16 year old son and 17 year old daughter, and leave for Al Kharid, finding a nice home for her there. This would be the first time she would return to Al Kharid, after 18 years away.

Harisa got to Al Kharid eventually, and first went to find a place to stay. She looked through the town and saw a middle-aged woman sitting on the palace steps, carving a bow with blonde pixie hair and hardley anything on. Harisa walked up to her, and asked where she could find a place to stay. The woman replied, saying that there were some tents for rent, and that she would take her there. Harisa agreed, and they walked to the tents, Harisa introducing herself and the woman somewhat reluctant to introduce herself. They arrived at the tents, and the woman had the room rented for her, smiling. Harisa suddenly remembered her husband's hallway, full of famous portraits and busts. She realized this woman standing before her was Gwyn Cadell Val.

A few days later, after the friendship between her and Gwyn, Harisa set off for the palace. She requested an audience with the Emir, and was granted the privilege. The Emir welcomed her like a friend, and Harisa introduced herself, then asking to become Grand Vizieress. The Emir was surprised, seeing this woman could be the first Grand Vizieress in Gielinor. He agreed, and Harisa smiled, saying they had one more thing to discuss. Harisa asked if the house next to the scitimar shop was free to buy. The Emir replied that yes, since no one has lived in it for 18 years. Harisa smiled, and said that was because it was the House of Mehjit, pulling out a sack of money from her pocket. The Emir took the money, and Harisa moved in, her furniture still there from when she was a girl. She smiled, and a few weeks later, her son and daughter came to stay with her, happy that their mother got over their father...

A line-art sketch of Harisa 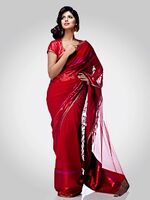 Harisa in a traditional red sari

Harisa depicted in the style of a pharaoh
Add a photo to this gallery
Retrieved from "https://rsroleplay.fandom.com/wiki/Harisa_Mehjit?oldid=48591"
Community content is available under CC-BY-SA unless otherwise noted.