Arachnea's very own spellbook, filled with spells of all varieties, from across the World and other worlds she has visited. If anyone has problems with any of these spells, post a message on the talk, or talk to me In-Game. If you don't, you may keep your opinion to yourself.

Magical inventions; Gravity (or 'How to fuck up Nature')

In Arachnea's own hand.

Ah, how much I have enjoyed this special little spell. The further I dvelved into the possibilities of magic, the more laughable and irratic ideas came to my head. I often think I had gone mad at some spells that seemed impossible to achieve, when they were so easy- such as this one. Magic has granted me the power to grasp any law of nature and bend, if not break, it. Why not the one that commands you stay put on the ground? Admittedly, standing upside down on your own ceiling is confusing at first, but a great application once you get used to it. Oh, what can't I do with this, really....

Now I wish those who intend to trap me in a cave good luck; They are confined to one direction to stand in while I am free to walk in any direction, even to stand on empty air- Although that one requires a lot of care and focus. 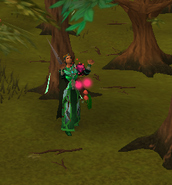 Arachnea with a blood spell

Arachnea with a water spell 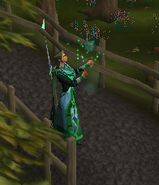 Arachnea listening to the Anima Mundi with a Nature Spell 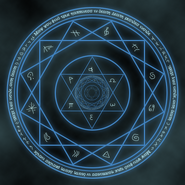 A magical circle
Add a photo to this gallery

The Rules of Magic

People are stupid. They will believe any lie as long as they hope sufficiently that it is true, or fear that it is true. Remember: there is no shield against this, so be on your guard at all times . . .

The greatest harm can derive from the best intentions. Remember this, as adding magic to it can lead to instant disaster or slow, unstoppable decay.

Mind what people do, not only what they say, for deeds will betray a lie.

The only sovereign you can allow to rule you is reason.

Life is in the future, not the past.

Deserve victory. Be justified in your convictions. Be completely committed. Earn what you want and need rather than waiting for others to give you what you desire.

A contradiction can not exist in reality. Not in part, nor in whole.

Willfully turning aside from the truth is treason to one's self.

Seek the truth not through others, but through yourself.

You can destroy those who speak the truth, but you cannot destroy the truth itself.

Retrieved from "https://rsroleplay.fandom.com/wiki/Arachnea/The_Spellbook?oldid=143134"
Community content is available under CC-BY-SA unless otherwise noted.